Posted By buypoecurrency on Sports

This build needs help with the "supported by socketed gem" helm. This builds a tiny bit too tanky and GGG decided to nerf it. The removal of min crit chance cap won't affect us since we are not using anything that lowers our crit chance. Actually, in this patch, it would be easier to proc EO since consecrated ground now grants 100% increased crit chance. Plus there is a new flask that triples the consecrated ground area and grants +2% crit chance against mobs in it.

+ VERY tanky: many layers of defense

+ Can start on a budget, a good league starter too

+ Can do any map mod, Rippy maps isn't a big deal anymore

- Not a "ZOOM ZOOM" character like deadeye TSKB (but is it really a con? :P)

- could get expensive if you try to minmax the build

Kill all. we need the points :)

3. Unbreakable for a lot of defense mods.

4. Unflinching as endurance charges have more effect in the endgame where physical damage is high.

This guide ever and my main language is not English, sorry if anything amiss.

+ No weapon swap (Unless you want much faster Leap Slam)

- Caution: Molten Balls may affect your FPS and drown your GPU.

- Can't do Reflect (With thief torment on + 4-Link Molten strike + Yugul Pantheon, you can do reflect map somewhat but still dangerous. Go for Elementalist/ Raider Scion if you want reflect immune version and say screw you Atziri Mirror Clone)

- Can't do No leech Maps (If you are using Thief Torment, ignore this)

- If you looking for high-end DPS destruction or sonic-speed screen clear build, this build is not for you

- Not block/dodge/evasion focused, any dangerous 1-shot (especially elemental damage) will still possibly 1-shot you if you don't dodge.

- Expensive at league start and the moderate price at mid-league since 3.5 Greenwood Shank buff alongside drop rate nerf.

Either Oak or kill all. 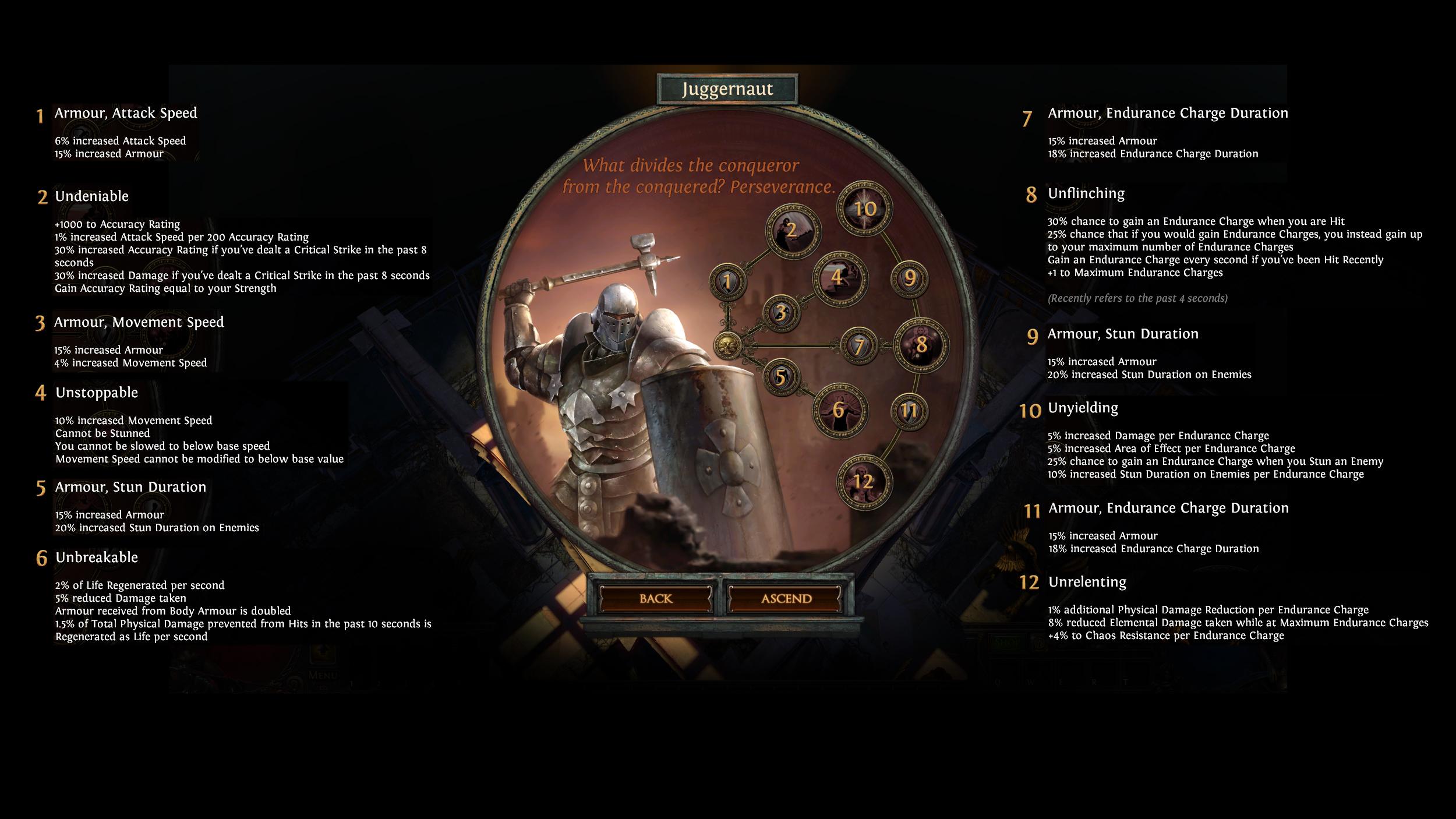 3: Undeniable (Latest being Merciless Lab before you proceed to map)

Recommended only for Thief Torment or mana gain on hit version since it's another 10% mana reserve. The maximum 2.5-second adrenaline buff alongside its accuracy increase is worth it to use during mapping.

Mix and match however you like for CWDT buff/debuff.

The wave of Conviction> Either self-cast or CWDT, the enemy hit will have exposure, which has -25% to resist depend on WoC highest damage type (which should be fire).

Scorching Ray + Infused Channelling Support>Not recommended but it's another way. You cast Scorching Ray for 0.6s and get Infused buff for 6 seconds which buff fire damage by 10%. Annoying though.

The main idea of ​​the build is that we increase the physical damage of the axes (not the melee damage), we transform physical damage into elemental (fire) damage. Due to the fact that almost all of our physical damage is not meleed damage, we get the maximum boost damage of magma balls. Arc and Shock Nova constantly impose a shock on the enemies, also we have an additional boost in the form of the shock for 4 seconds, which is crafted on the ring - Focus. Due to this, the enemies are constantly under shock, ignition and 3 curses. The Yoke of suffering amulet and the Taming ring also increase our damage due to the elemental ailments imposed on the enemies, and the Soul taker axe allows us to reserve 100% mana, due to which we are under 4 buffs instead of the standard 3, which allows us to use the aspect of the cat, which gives good survival on the bosses. Moreover, this build is not built on a large number of Path of Exile Currency, so players do not need to worry

- Enemies are under 3 curses

- There is no need to save mana, all skills work regardless of the amount of mana (you can even reserve 100%)

- We use only 3 skills, 2 active (Molten Strike and Leap Slam). Ancestral Protector, we usually use on bosses / sub-bosses / chests, etc., everything else works automatically